AMERICA’A MOST HISTORIC PRISON – Eastern State Penitentiary was once the most famous and expensive prison in the world, but stands today in ruin, a haunting world of crumbling cellblocks and empty guard towers. Its vaulted, sky-lit cells once held many of America’s most notorious lawbreakers, including “Slick Willie” Sutton and “Scarface” Al Capone. Learn about the history of this facility and its relevance today through interactive exhibits, history displays, and art installations. 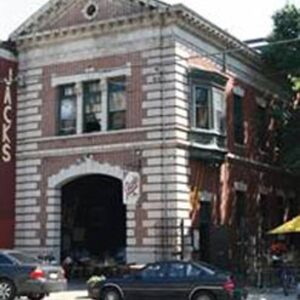 JACK’S FIREHOUSE RESTAURANT…Saving the farm one Southern dish at a time inside an authentic Philadelphia Firehouse built in 1871 right across the street from Eastern State Historic Site. Open daily for brunch, lunch, and dinner. Proudly showcasing Chef Jack McDavid’s nationally renowned haute-country cuisine. We ask that all of our patrons wear a face mask or covering until they have been seated at their designated table until restrictions In Philadelphia, are lifted. 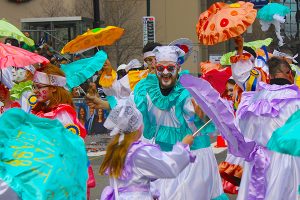 MUMMERS MUSEUM Thousands of Philadelphians spend the whole year practicing dance and band routines and constructing extravagant feather and sequin-adorned costumes for one day of glory: The Mummers Parade, held on New Years Day. If you miss it, you can still experience this singular tradition at the Mummers Museum, which preserves the uniforms, songs and memorabilia of the past and explains the customs of the Mummers clubs. The costumes steal the show: the playful, sometimes goofy rag-tags of the Comics, the gaudy sequin-festooned uniforms of the String Bands, and the often-massive feathered constructions of the Brigades and Fancy Division. You can push buttons to compose your own Mummers medley and learn the Mummers Strut; filmed highlights of past parades are shown on a large screen. 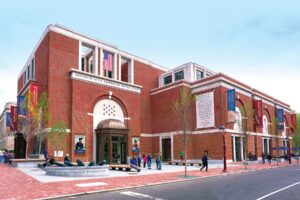 PHILADELPHIA PA…THE MUSEUM OF THE AMERICAN REVOLUTION..is located in the historic heart of Philadelphia, the city that served as the headquarters of America’s founding. The site is just two blocks from Independence Hall, across the street from Carpenter’s Hall, where the Continental Congress first met, and within a block of Benjamin Franklin’s home. The museum rises three stories above the street and, with a full basement, will encompass 118,000 total square feet. This includes permanent and temporary exhibit galleries, theaters, education spaces, collection storage, a café, retail store, offices and a welcoming lobby area. Original artifacts, immersive settings, and dynamic theaters will take visitors on a journey from the early stirrings of unrest in Boston to the opening shots of the War of Independence, and from signing of the Declaration of Independence to the creation of the American Republic.