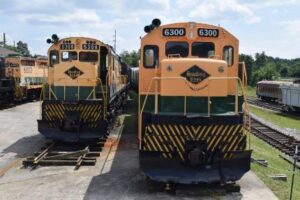 Reading Company (pronounced “Redding”), a name remembered mainly as a railroad, was in its heyday a multifaceted industrial giant. Originally established as The Philadelphia & Reading Railroad (P & R) in 1833 to transport anthracite coal, the pioneering 94-mile line evolved into a mighty corporation serving eastern Pennsylvania, New Jersey and Delaware. Operations included coal mining, iron making, canal and sea-going transportation and shipbuilding. With its great complex of shops for locomotive and car building and repair, and constant advances in railroad technology, the company held a position of leadership in the railroad industry for over a century.

By the nature of the territory which it served, the P & R fueled the Industrial Revolution which led the United States to economic leadership. With lines reaching out to the North, South, East and West, the P & R served the heart of the most densely industrialized area of the nation and by the 1870s became the largest corporation in the world. 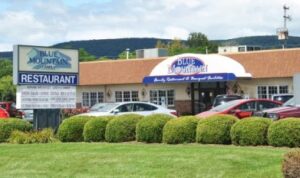 Shartlesville PA…Blue Mountain Family Restaurant…will be our next stop for lunch at a good old fashion restaurant, where you can still get great food, friendly service and quiet atmosphere. Menu will be added soon. 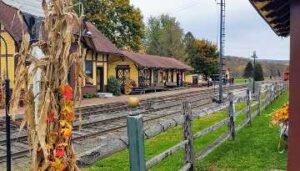 Kempton PA… The Wanamaker Kempton & Southern Railroad…We will take a short but beautiful ride on this small tourist railroad located in the northern tip of Berks County, Pennsylvania. The railroad runs on three and a half miles of track that were once part of the Schuylkill & Lehigh branch of the Reading Company system. The Reading Company was known as a mighty coal hauler, but the S&L was a rural agricultural branch sometimes called the “Slow & Lonesome.” The branch was perhaps best known for the “Berksy,” a local passenger train that carried students to and from the only area high school at Slatington. 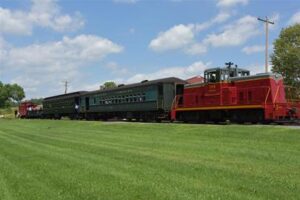 Although not very big, the WK&S is largely unmatched in terms of authenticity and scenic diversity. Passengers are treated to rolling farm fields including an orchard and often a pumpkin patch. There are forests, fills, cuts, tree covered hills, a bridge over scenic Ontelaunee creek and the two old-time towns of Trexler and Wanamakers. Passengers even get a good view of their own train thanks to some sharp curves along the line. Due to a rural somewhat isolated location, things haven’t changed much over the last hundred years.