Totem Pole Playhouse…has provided professional summer theatre to residents and visitors of the Cumberland Valley of Pennsylvania since 1950. Located just 15 miles west of Gettysburg, the theatre is known nationally for attracting high quality professional artists and for its wide variety of theatrical programming. Now in its third location in beautiful Caledonia State Park, the theatre was first led by artistic director Karl Genus from 1951 to 1953. For the next 30 years, the late William H. Putch guided the playhouse into national prominence. Working closely with his wife, actress Jean Stapleton, he was responsible for 270 productions at Totem Pole, in addition to directing several national tours. 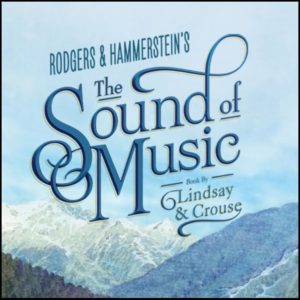 The Sound of Music…When a postulant proves too high-spirited for the religious life, she is dispatched to sever as governess for the seven children of a widowed naval captain. Her growing rapport with he youngsters, couple with her generosity of spirit, gradually captures the heart of the stern Captain, and they marry. Upon returning from their honeymoon they discover that Austria has been invaded by the Nazis, who demand the Captain’s immediate service in their navy. The family’s narrow escape over the mountains of Switzerland on the eve of World War II provides on of the most thrilling and inspirational finales ever presented in the theatre. The motion picture version remains the most popular movie musical of all times. Produced by Theatre A Go-Go.

Stauffer’s Cookie Outlet …Is a unique stop where you can fill up with snacks and cookies at bargain rates. Always a popular stop for even those who really didn’t want to go in. Very few come out without a bag in tow. In 1871, David F. Stauffer was baking five barrels of crackers each day for his customers in York, PA. Not only did he bake, he delivered door-to-door in a wheelbarrow. While David would find little similarity to today’s Stauffer’s, he would recognize Stauffer’s quality as well as the scrumptious cookies still made from his favorite recipes! Around the turn of the century, Stauffer’s began baking what has become their most loved product, Animal Crackers. Stauffer’s bakes every kind of cookie you can imagine, and these delicious goodies are manufactured in four different locations: the main facility in York, PA; Blandon, PA; Cuba, NY; and Santa Ana, CA. 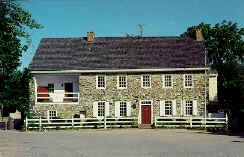 The Dobbin House Restaurant & Tavern… is our choice for lunch today.  “Four Score and Seven Years” before President Lincoln delivered his immortal Gettysburg Address, Gettysburg’s oldest and most historic building, the Dobbin House, was built. It has been modernized, & expanded into a fine restaurant.

Choose your meal when you book!